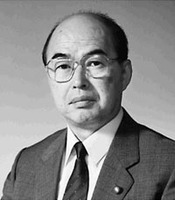 Some people step into our lives and accompany us for a while. Others stay with us for ever, because they leave their marks in our hearts.

With his death, kynology, especially the World Union of the Akita Clubs loses a man, who showed an almost indefatigable commitment to the Akita breed in particular. As the founder and initiator of the W.U.A.C., he was its first President and made such an decisive contribution that the Japanese Akita has become a well known dog in Europe over the past 15 years.

It is thanks to Toyosaku Kariyabu and his commitment, that the Sebaceous Adenitis Research Project has been realized at the University of Göttingen.

We will really miss his competence, his commitment and his strong personality. With Toyosaku Kariyabu’s death all people to whom he became very attached, have lost a reliable friend who will never be forgotten!

Back to In Memoriam